The bicycles go by in twos and threes –
There’s a dance in Billy Brennan’s barn to-night,
And there’s the half-talk code of mysteries
And the wink-and-elbow language of delight.
Half-past eight and there is not a spot
Upon a mile of road, no shadow thrown
That might turn out a man or woman, not
A footfall tapping secrecies of stone.
I have what every poet hates in spite
Of all the solemn talk of contemplation.
Oh, Alexander Selkirk knew the plight
Of being king and government and nation.
A road, a mile of kingdom, I am king
Of banks and stones and every blooming thing.

July is the seventh month of the year in the Julian and Gregorian Calendars and the fourth of seven months to have a length of 31 days. It was named by the Roman Senate in honour of Roman general Julius Caesar, it being the month of his birth. “Dog days” are considered to begin in early July in the Northern Hemisphere, when the hot sultry weather of summer usually starts. Spring lambs born in late winter or early spring are usually sold before 1 July. 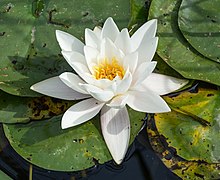 I have been sharing inside peeks into some of my novels like these:

The Irish Goodbye features Sean O’Leary, a retired Irish cop railing against “Chicago thug-style politics and the “Chicago way.” ( a constant erosion of society from a corrupt system of insiders giving political favors to each other.) When fugitive recovery agent (bounty, State Police Sean O’Leary ‘s latest recovery becomes the mother-of-all clusterf**ks in which the CPD is killed, and a one-night stand leads to murder, the trail leads to the governor’s office with a side-trip through the Irish paranormal, O’Leary is going to need to call in every favor he’s owed if he wants to make it to retirement in one piece.

“We live in a society exquisitely dependent

TO LEARN MORE ABOUT MY BOOKS GO HERE: https://kilburnhall.wordpress.com/books-2/

Listen to the music from CURE: https://www.youtube.com/watch?v=c_-cUdmdWgU

In the year 2032: Something strange is happening at Sacred Heart Hospital. A surprising number of sick patients, requiring serious and expensive medical pres are turning up “cured.” Dr. John Lange is close to the cure of a lifetime which could put the large pharmaceuticals out of business when he is befriended by a street tough ALKN and a pregnant streetwise waitress named Margie. Battling the politics of Obamacare in a profession he has come to loathe and despise, he is betrayed by a vindictive greedy ex-wife. John Lange gets into immediate trouble by caring too much about his patients and not enough about the hospitals bottom line. CURE is guaranteed to make you paranoid about Obamacare and the medical profession and who isn’t already?

Mighty 8th, dispatched 291 B-17 bombers to the town of Schweinfurt Germany, a flight of some 800 miles. Since this city was vital to the ball bearing industry, it was at the top of the list of strategic targets for t

At dawn, on October 14, 1943, in foul weather, the 8th Army Air Force, also known as the Mighty 8th, dispatched 291 B-17 bombers to the town of Schweinfurt Germany, a flight of some 800 miles. Since this city was vital to the ball bearing industry, it was at the top of the list of strategic targets for the allied forces and had already received the first attack on August 17, 1943.

The bombers were initially protected by friendly fighter escort, which were forced to turn back about halfway to the targets. Arriving at the target, the bombers were attacked by an estimated 1,100 enemy fighters firing cannon and large caliber rockets manned by the German Lufwaffenhelfer (LWH) or flak-helpers.

This is the story of the crew of the Flying Chapel. Hunted by the Fearsome Gestapo from the time the silks hit the ground, they were given refuge in a mysterious town hidden in the mists of the Germelshausen Valley

An 8-foot (2.44 m) tall statue made of green metal has stood in the National Air and Space Museum since its opening in 1976. It’s origins are a mystery and impervious to the investigations and tests of scientists. Science writer Tony Stewart is in search of the nations most foremost astronomer who disappeared ten-years earlier. His efforts lead him to the mausoleum where the statue was uncovered and the truth about ancient astronauts.

Be sure to listen to the music of Kilburn Hall’s Book on Spotify.
https://open.spotify.com/playlist/2aE2FyN47dtVmiqqK2R3cF?si=nro4MEw-RXGR2InfZICyBg   m;’
]\

And if I woo from yonder trees
A breath of coolness for my brow,
They’ve none to give—not e’en a breeze
Rustles amid their foliage now;
Yes, hush! there stirred a leaf, but no,
Tis only some poor, panting bird,
With silenced note, head drooping low,
That ’mid the shady green boughs stirred.


See you in August and let’s hope the lunacy of social-distancing has abated somewhat.